INDEPENDENT RESTAURANTS in the US

Independent or ‘mom-and-pop’ restaurants are unique local establishments within their community. An independent restaurant is classified as a restaurant with less than three locations. However, the majority of these restaurants have one location that is rooted in a particular neighborhood. According to the National Restaurant Association, seven out of every ten restaurants are one-unit eateries. These small businesses are typically owned and operated by a hands-on individual or family who will make all of the executive decisions in real time. Independent restaurateurs take pride in the quality of their product and seek to provide a one of a kind experience to their patrons.

Obviously, the economy is a major influencer on independent restaurants and the restaurant industry as a whole. The country is inching further and further away from the recession and disposable income is becoming more readily available for the majority of the consuming population due to falling gas prices and continued job growth. As the economy continues to trend upwards, many independent restaurateurs are becoming more optimistic and expecting exponential growth for the upcoming years ahead. The National Restaurant Association reported that, “Given the positive underlying economic fundamentals as well as elevated levels of pent-up demand among consumers, the stage is set for an improving business environment for restaurants in 2015.”

Catering can be a great asset for independent restaurants. Typical catering events consist of weddings, graduations, business meetings and many different types of parties. It is a great way to increase sales for the business and it’s a phenomenal instrument for advertising your restaurant to the guests in attendance.

The majority of people utilizes take out. The National Restaurant Association reported that, about one third of consumers say that purchasing restaurant take out is an essential part of their lifestyle. It can especially help a restaurant attract customers who are hard pressed for time such as people who work long hours or simply seek the convenience of not having to cook after a long day of work. Take out servicing is another great way to market your restaurant as you can place your brand, phone number, and website on packaging materials.

Although independent restaurants typically generate less in gross revenue than their big chain counterparts, they compete by outnumbering the chains in many major markets nationwide. Independents dominate many heavily populated states in sheer volume of restaurants. According to CHD Experts, the states with the highest percentage of independent restaurants is New York with 82.1 percent, New Jersey with 78.5 percent, Washington D.C. with 77.6 percent, Maine with 76.4 percent, Massachusetts with 75 percent, Pennsylvania with 73.6 percent, California with 70 percent, Florida with 68 percent, Illinois with 64.7 percent, North Carolina with 62.5 percent, Texas with 61.5 percent, and Ohio with 58.5 percent.

The major products and services in this industry are full-service and quick-service restaurants. As would be expected, the chains hold the majority of restaurants in the quick service industry with 57.5 percent to the independent restaurants owning up to 42.5 percent. However, in the full service field it is the independent that reigns supreme with 90.4 percent.

Independent restaurants must provide cuisine that differentiates them from the rest of the pack. They must understand the local market and be flexible in trying new things to appease their market. These restaurants serve fresh meals that are freshly made and not pre-packaged. It is also important for them to stay up to date with emerging trends in the culinary field.

A successful independent restaurant creates a level of intimacy that chains simply cannot manifest. The restaurant’s environment must create a level of comfort for the customer.

At its core, every restaurant is a customer service business. A high level of hospitality is vital to success, especially for independent restaurants because many rely on a local repeat customer base.

They know and manage their costs

Restaurants typically have a low margin for profit. Maureen Farrell of Forbes.com stated, “that a 5 percent profit margin is considered successful.” Restaurateurs must know their numbers at all times. The biggest costs of running an independent restaurant come from food, beverages and their payroll. An owner must know these costs and manage them properly.

Systemizing a restaurant is crucial on many levels. First off, it helps establish consistency. It puts in place a set protocol, routines, and checklists for employees to follow without constant supervision from the owner. Secondly, it allows an owner to focus on the bigger picture and run the actual business. Restaurateurs who are too heavily involved in running the day-to-day operational side of the restaurant aren’t able to see the forest for the trees.

Many independent restaurateurs do not have a big marketing budget. It’s imperative that they focus their efforts on marketing to their already existing customer base. The successful independent restaurants make it a point to obtain contact information from every person who enters their business and then market to them.

There aren’t many barriers for getting into the restaurant industry. Thousands try every year. However, the one barrier that tends to get in the way of succeeding is money, money, and money. The restaurant business is an expensive industry, especially in the initial stages. Many restaurateurs lack the sufficient capital to get through the tough beginning phase and end up closing shop. According to James Sinclair of OnSite Consulting, “outside of an idea and money, the restaurant industry has no barriers of entry, no certification, accreditation, or advanced business knowledge to get in the game.”

Technology in the restaurant industry is constantly evolving and making restaurant operations much more effective. According to restaurantowner.com, “On a practical level, high tech applications have already helped operators improve ordering functions, ticket times, table turns, inventory control, kitchen organization and accuracy, bookkeeping tasks and the capture and the timely reporting of operational information.” Point-of-sale systems provide restaurateurs with software that keeps track of all of their transactions and provides management tools, which helps owners control costs much easier. Although full POS systems can be quite expensive, many independent restaurants are using affordable I-pads and installing POS software in the device. 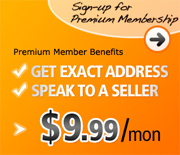